Home/Uncategorized/Chris Niedermayer Retires, Joins BRMi Board of Advisors
Previous Next 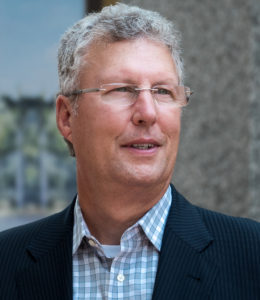 BRMi’s President, Mike Battle, has announced the retirement of Chris Niedermayer, the company’s Senior Knowledge Officer. Mr. Battle says: “Chris has decided to fully retire and enjoy the fruits of his incredible career with his wife Jackie in scuba diving spots around the world. Chris has had an indelible impact on BRMi. His contributions over nearly 9 years with the company have been instrumental in the company’s success.”

“We were fortunate to get Chris to join the firm back in 2012 as he was retiring from a highly successful career in the federal government. In the government, Chris had impactful roles in aligning IT with mission priorities at USDA, USPTO, and HUD. He was also a dynamic force in the ACT/IAC and AFFIRM organizations. Then he chose to retire from federal service, as an SES, to join BRMi.

“Chris is a unique blend of intelligence, personality and integrity that is hard to find in this marketplace. From his work in helping us to capture business and run our knowledge management efforts, his levelheaded support of our strategic planning activities, his engagement with our customers in running the satisfaction program, to his stewardship of our ISO and CMMI implementations, Chris has always been a trusted leader in the firm. I believe Chris’ most important contribution has been his role as consiglieri to me. I have so enjoyed having his sage perspective influence me personally. I will miss his positive outlook and optimistic leadership approach that we can all learn from.

“While Chris will be no longer be engaged in operational activities, I am thrilled that he will continue to support us as a member of our Board of Advisors.”

About the Author: Rachel Williams